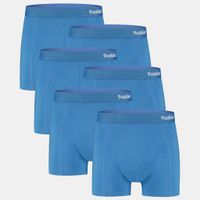 6 Days of Deep Blue Briefs
The only six-pack you can just buy instead of working out for. Hahahahah get it? No gym for us mah boy. They all come in a nice Forrest Green colorway making it easy for you to go on one of those camouflage trips you've got planned. Hide in a tree. Dig in the mud. Be a worm in the moss. No one will ever find you. NO ONE. This 6-pack contains: 5x Deep Blue Boxer Briefs
€99,99
nl.pockies.com 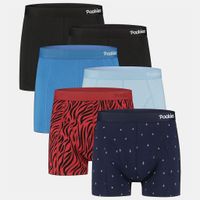 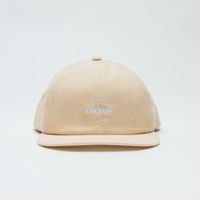 6-panel Corduroy Beige
Corduroy is a textile with a distinctive texture-a raised "cord" or wale. ... The fabric looks as if it is made from multiple cords laid parallel to each other and then stitched together. The word corduroy is from cord and duroy, a coarse woolen cloth made in England in the 18th century. Do you know what else was made in England in the 18th century? The classic Top hat. Which is also a hat. So this 6-panel corduroy beauty actually originates from 18th century England. Go wear that history on your head.
€24,99
nl.pockies.com

6-panel Baby Blue
Question: What movie does the following describe? 'Maximus is a powerful Roman general, loved by the people and the aging Emperor, Marcus Aurelius. Before his death, the Emperor chooses Maximus to be his heir over his own son, Commodus, and a power struggle leaves Maximus and his family condemned to death. The powerful general is unable to save his family, and his loss of will allows him to get captured and put into the Gladiator games until he dies. The only desire that fuels him now is the chance to rise to the top so that he will be able to look into the eyes of the man who will feel his revenge.'  Answers:  A: The Gladiator B: The movie about a blue 6-panel hat made from organic cotton being worn by you.
€29,99
nl.pockies.com 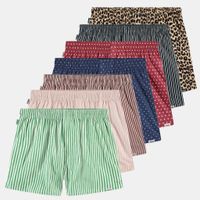 7 Days of Random Boxers
No need for thinking people. We did that for you. A random selection of very nice beautiful boxer shorts with pockets. Just go with the flow, follow the herd and click that 'add to cart' button. The time to draw your own conclusions ends here. Just live that happy thoughtless life! This bundle of buttjoy contains: * Leopard * Navy Doubles * Love Dirty * Navy Dots * Brick Stripes * Pink Doubles * Green Doubles
€119,99
nl.pockies.com 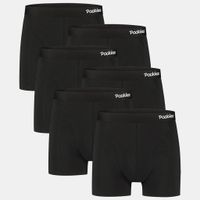 6 Days of Black Briefs
A 6-pack of carefully selected all Black Boxer Briefs by Pockies. It will cover your butt with clean underwear for at least 85% of the week, leaving the other 15% for you to choose to wear whatever you like. Will these briefs make you the most fun guy at the party? Probably not. Will they make you feel like a dangerous woman? Could be. This 6-Pack consists of 6 black boxer briefs with pockets.
€99,99
nl.pockies.com

6 Days of Striped Socks
6 pairs of foot-comfort-enhancing beauties delivered at your doorstep? Does that sound like a positive thing? I would love for you to tell me if it's not a positive thing because that would mean I lost all touch with reality. I would hate to lose touch with reality. Ever seen “a beautiful mind”? Would hate to stand in Russell Crowe's shoes in that movie. Unless it's with these socks. In that case it's all good. This 6-pack is equipped with the following pairs: 2 pairs of black striped socks1 pair of Blue striped socks1 pair of coral striped socks1 pair of tiger beige striped socks1 pair of tiger red striped socks Official statement: We removed the pockets from our socks collection because customer surveys showed that having Pockets in socks compromised the structure of the sock. Also 98 percent of users preferred the pockets in their underwear and almost never used the ones in their socks. 1 percent used it for moving illegal substances and the other 1 percent was
€39,99
nl.pockies.com 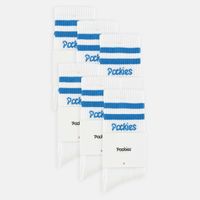 6 Days of Blue Striped Socks
Look at this 6-pack. At this price point we are bending over, spreading it and letting you have your way with us. These 6 pairs of blue striped socks will never come cheaper. Now you go on and order these and we will go on screaming and crying on the bathroom floor. This 6-pack holds:6 pairs of blue striped socks. Official statement: We removed the pockets from our socks collection because customer surveys showed that having Pockets in socks compromised the structure of the sock. Also 98 percent of users preferred the pockets in their underwear and almost never used the ones in their socks. 1 percent used it for moving illegal substances and the other 1 percent was surprisingly often found at festivals…
€39,99
nl.pockies.com 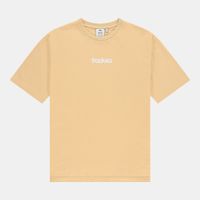 6 A.M Tee Sand
You know what I hate. Sand mannn. Little grains of sand. Getting stuck everywhere like seeds between your teeth. I also ate a spoonful of sand once, and guess what; that sand also got stuck between my teeth. If I could eliminate one type of soil it would definitely be sand. What I do like is this tee. But the color? I f*cking hate it. * 250 grams Oeko-tex certified organic cotton * Oversized box-cut * Pre-washed * Wash inside-out * Don't tumble dry * Stay humble
€17,99
nl.pockies.com 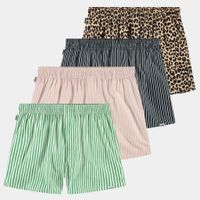 4 Days of Favorite Boxers
We made it reaaaaaal easy for you folks. Presenting you with some of our favorite boxer shorts with pockets. Wait what? Is this a way for us to make you buy a lot of products with just one click? Getting you addicted to this sweet, sweet Couch Couture? You're absolutely right. Welcome to the family. This bundle of buttjoy contains: * Leopard * Navy Doubles * Pink Doubles * Green Doubles
€74,99
nl.pockies.com
Shopblog.nl maakt gebruik van cookies. Ga je verder op onze website, ga dan akkoord met het plaatsen van cookies en de verwerking van deze data door ons en onze partners.